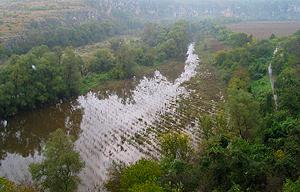 Grasslands on the canyon floors are regularly flooded by the Lom Rivers. This usually happens each spring and brings lots of nitrogen-rich deposits to the system. 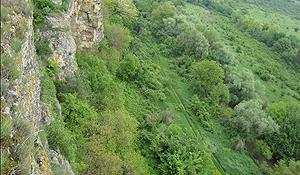 The dramatic drop in livestock numbers and the overall collapse of village life in post-communist times has resulted in the abandonment of canyon floor grasslands furthest from settlements. Mowing and grazing ceased abruptly leading to scrub encroachment and consequently the loss of open habitats and adapted species. 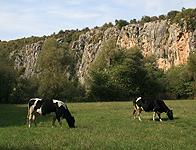 In the past, canyon floors were in use for cropping (small arable plots) and hay making, with aftermath grazing. Nowadays pasturing is the most important land use. Cattle, sheep and goats are taken out every day for grazing in small common herds and return in the evening to the village. The livestock owners are typically (semi-)subsistence farmers keeping one or two cows and a couple of sheep and goats. 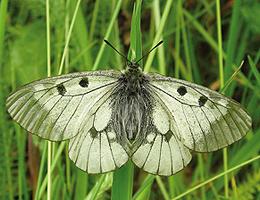 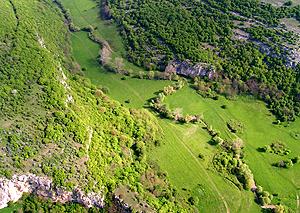 Most of the canyon floor grasslands are classified as 6510 “Lowland Hay Meadows” according to the Habitats Directive. Grazing at about 1 livestock unit/ha is required to maintain this rich habitat. Mowing is recommended as a management practice to remove the surplus of nutrients, brought in by the river. Local trampling of vegetation by animals on their way to the grasslands as well as overgrazing close to settlements is a threat to the habitat.

The management plan of Rusenski Lom Nature Park includes recommendations for the protection of birds nesting on the canyon floors, such as corncrake (Crex crex). Mowing should take place after June 15th and should be done from the centre to the edges of the field.