The concept of High Nature Value farming developed in the early 1990s from a growing recognition that the conservation of biodiversity in Europe depends on the continuation of low-intensity farming systems across large areas of countryside (see Beaufoy et al. 1994; Bignal et al. 1994; Bignal & McCracken 1996; 2000).

A fundamental shift in the distribution of CAP funds away from more intensive farming was recommended, in order to provide support for these beneficial landuses. With the exception of a minority of Member States, this shift has not yet occurred.

The idea was that CAP support should be weighted in favour of low-intensity farming systems throughout the EU territory, and that this would provide a robust basis for biodiversity conservation in Europe.

Eligibility for support payments would depend on simple criteria applied at the level of the farm holding, such as livestock density. It was not intended that support payments for low-intensity farming should be provided only in delineated “HNV areas”. 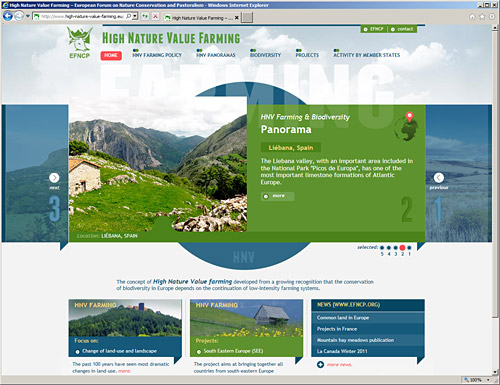