MS are committed to identifying and maintaining HNV farming, but there are no specific rules or quantified criteria established at EU level. It is for MS to interpret the concept and to decide how best to apply it.

Some MS have already made good progress with this, while some others have done very little. The Forum believes that an integrated and cohesive approach is needed across the EU territory. A patchy response in which some countries show more commitment than others would not be acceptable to the EU institutions. 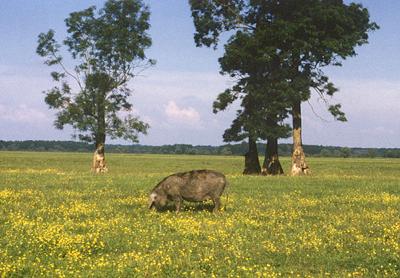 Some Member States are struggling with the idea of identifying HNV farming. This is partly because to-date the concept has not been explained and promoted sufficiently by the European Commission. In many countries there has not been a sufficiently open and transparent debate on how to interpret and implement the HNV farming concept. In most countries, currently available data do not allow a very detailed identification of HNV farming systems. Their location and extent can only be estimated at present.

However, the Forum believes that it is perfectly possible in all countries to identify HNV farming systems at a level sufficient to enable the design and implementation of economic support measures for these systems.

Before undertaking statistical or GIS analyses, the essential first step is to produce a description of the broad types of HNV farming in the country, on the basis of existing literature sources and expert knowledge. The aim of this work is to identify the key criteria to be used in the identification process and thus to ensure that the estimate of the area under HNV farming systems is as meaningful as possible. An exhaustive study is not necessary – the level of detail need only be sufficient to enable the Member State to embark on the next step with confidence. This is the “characterising and identifying” process described in the draft Guidance Document (IEEP & Beaufoy 2007). This task is best undertaken under the guidance of a small national working group including experts with a broad knowledge of farming systems and associated biodiversity.

In this first step, the broad types of farming should be described and their agronomic characteristics identified, at an appropriate geographical level. The nature value (habitats, species, nature-conservation functions) of each HNV farming type should be identified as far as available data and knowledge allow, including the relationships between particular farm practices and nature conservation, where known. Examples are shown in the Forum’s HNV Showcases. Also, several EFNCP project focus on identification of HNV farming

The descriptions of HNV farming types should identify in each case the basic components that make up an HNV farming system:

This information is crucial to the next step, which is to design indicators for distinguishing HNV farmland from non-HNV farmland.

HNV farming is characterised by a combination of:

The diagram illustrates the interplay between these criteria. The dominant characteristic of HNV farming is the low-intensity use of the land and of other factors of production (except for labour and traditional knowledge).

Often the semi-natural grazing is not part of the farm holding, but has some other ownership (common land, State land etc.), so it is important not to consider only the UAA within the holding when identifying HNV farmland. 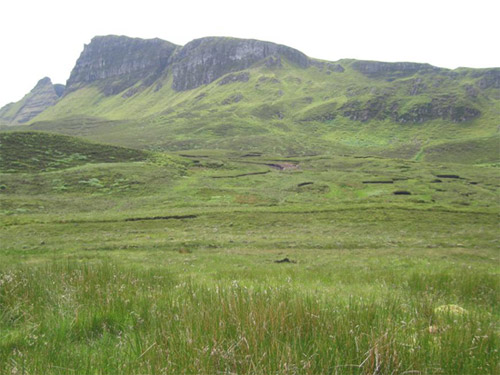 HNV livestock farms will usually have more than one type of forage land. This can range from the least altered semi-natural vegetation (never tilled, sown or fertilised), through grasslands that may be occasionally tilled and/or lightly fertilised, to more productive or “improved” pastures, and cereal crops for fodder. Although more productive, these fields are still managed at low intensity compared with mainstream farming. They can be an important part of an HNV farming system, and can also contribute to nature value when combined with a sufficient area of semi-natural grazing, by providing feeding opportunities for wildlife, and hosting certain plant communties that have become rare in more intensive farming landscapes.

Determining which pastures are semi-natural, and which are not, is to some extent a value judgement. One approach is based on the presence of certain indicator species, another is to decide that a pasture that has not been resown or fertilised for 20 years (for example) can be considered semi-natural. Occasional tillage may be compatible with semi-natural status. This is especially relevant in Mediterranean regions, where grasslands may be tilled occasionally for scrub control, without significantly reducing their natural value. Spontaneous vegetation in olive groves and on low-intensity fallow land may also be counted in the same category, if it is not affected significantly by fertilisers or biocides.

Only at the Member State or regional level can biodiversity significance of such thresholds and distinctions be established – the aim is to choose criteria which provide a good differentiation between HNV farmland and farmland of lower nature value. In practice, there is often no clear dividing line between semi-natural and artificial pasture. In some cases, it may be appropriate to consider a category of “nearly semi-natural” pasture, between the semi-natural and the “improved” or “intensified” pasture.

The fact that the vegetation is grazed by livestock (or mown for hay) is important, as this confirms that it is part of a farming system. This is not necessarily grassland: scrub and forest are an important forage resource in some parts of the EU (especially southern and eastern regions), and should be recognised as farmland. However, semi-natural woodland that is not grazed should be considered as a separate, non-farming landuse. Semi-natural vegetation that is grazed primarily by wild herbivores, such as deer (e.g. estates on moorland in Scotland or dehesas in Spain which are kept exclusively or mainly for hunting), should not be counted as HNV farmland.

Farms and landscapes with a lower proportion of semi-natural vegetation, existing in a mosaic with arable and/or permanent crops, can also be of high nature value. Nature values will tend to be higher when the cropped areas are under low-intensity use, providing a mix of habitats that are used by a range of wildlife species, with numerous and complex species flows (invertebrates, birds, mammals and reptiles). This type of HNV farmland has been labelled Type 2. Because the proportion of land under semi-natural vegetation is less than in Type 1, and the proportion of cultivated land is greater, the management of the latter and existence of an “ecological infrastructure” of landscape features, are especially critical for wildlife. More intensive use of the cultivated land, and the removal of features, will lead to a rapid decline in wildlife values. 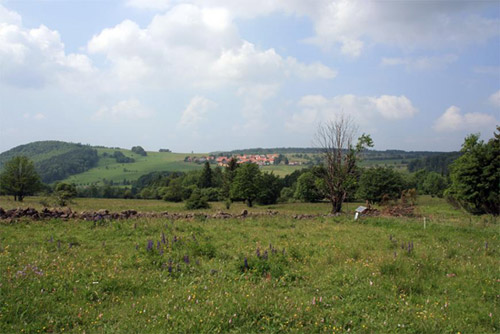 Peripheral semi-natural features, such as hedges, other field-margins and trees, are often found on Type 2 HNV farmland. These provide additional habitats and will tend to increase nature value. However, their total surface area is usually small compared with the productive area, so that it is the characteristics of the latter which determine whether the farmland in question is HNV. Peripheral features alone are not sufficient.

At the more intensive end of the HNV spectrum are farmland types whose characteristics of land cover and farming intensity do not suggest HNV farming, but which nevertheless continue to support species of conservation concern. Generally these are bird populations. This has been labelled Type 3 HNV farmland. 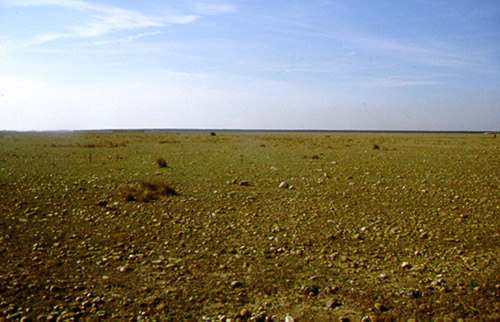 The three types of HNV farmland are not intended to be precise categories, with a sharp boundary between them. Rather, they should be seen as a continuum, ranging from those with a higher proportion of semi-natural vegetation and lower intensity use (Type 1) to more intensively managed farmland that still supports certain species of conservation value (Type 3):