Common Systems as Protected Areas: from Little Sydney to Madrid

Building on the outcomes of the World Parks Congress (WPC) which took place last November in Sydney, over 200 experts on protected areas from Europe and around the world gathered from 28 to 31 May 2015 in the Donau-Auen National Park (Austria) for the Conference Little Sydney: Protecting Nature in Europe, organised by the IUCN and its World Commission on Protected Areas (WCPA).

EFNCP and the ICCA Consortium made a joint presentation in the workshop session 3A2: Towards harmonising agricultural and biodiversity policies in Europe. The session focused on the commons in Europe, on threats to their preservation and on existing opportunities to promote diverse and successful governance systems. The potential of EU policies to support or hinder these communal governance and management practices was analysed, with special attention to the Common Agriculture Policy (CAP). 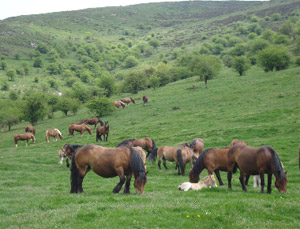 Common pastures in the Pyrenees, shared by pastoralists from France and Spain. Credit: JM Mangado

The EFNCP/ICCA Consortium speakers (Concha Salguero and Sergio Couto, with support from the IUCN expert Grazia Borrini-Feyerabend) explained the concept of Indigenous peoples and community conserved territories and areas (ICCAs), which in Europe may be identified with communal systems, many of which are common grazing lands. These systems are still alive and widespread in Europe but remain mostly unknown and invisible to both the general public and the authorities.

Furthermore, although traditional management and governance practices on commons have contributed greatly to the preservation of European habitats and species, EU policies do not actively support them and, in most cases, they do not specifically recognise their benefits and potential.

Commons systems could become an effective alternative to conventional protected areas - this is the idea behind recognising them as a distinct area-based form of conservation within the IUCN protected area categories, based on the concept of biodiversity governance by indigenous peoples and local communities. 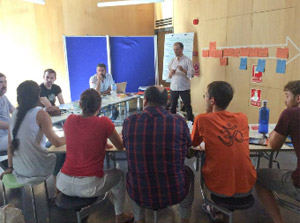 Taking this idea further, Spanish commons-focussed NGO Iniciativa Comunales, in collaboration with ICCA Consortium and FoodLab, organized a First Workshop on Commons Systems as Conserved Natural Areas in Madrid on 19-21 June. The event took place in the emblematic Medialab-Prado, and was part of its Commons Lab activities. The participants in this workshop explored the possibilities and benefits for European commons systems of being included in the Indigenous and Community Conserved Areas Registry.

Conservation by farmers and commoners can take place without there being any designation of the commons as protected areas, but the reality is that they are confronted to inadequate policy frameworks and lack of funding. In this context, perhaps the most important impact of recognising ICCAs would be to legitimate this method of 'delivering' conservation goals to sceptical stakeholders, and gather the support they deserve from the State, the NGOs and the larger conservationist community.