The collaboration between QueRed and EFNCP within the Life-NGO 2015 programme has made it possible to carry out a wide range of essential activities for the rescue and development of small cheese farms in Spain, many of them linked to the viability of HNV farming.

We are certain that these actions are important steps forward in the right direction, and that soon we shall see improvements in the design and application of legal regulations for small agroalimentary businesses in Spain.

Thanks to the Life-NGO programme and EFNCP for making it possible. 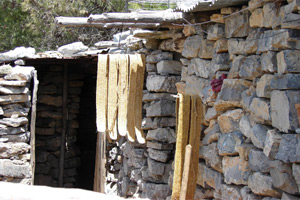 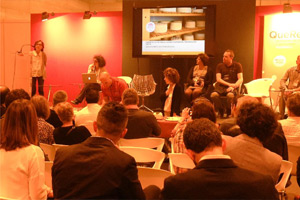 Taste-training session in the Madrid Gourmet Salon, on exceptional and excluded cheeses produced on farms where flexible rules have been applied to cheese production.
Photo: Rodolfo del Rio 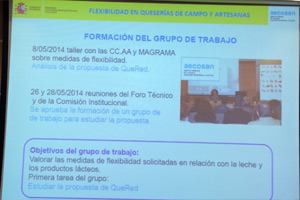 Slide from a presentation by Inés Blanco (Aecosan - Spanish Food Safety Agency) showing how the Ministry is working to address QueReds proposals regarding the adaptation of raw milk controls to farmhouse and artisan cheese dairies.
Photo: Remedios Carrasco 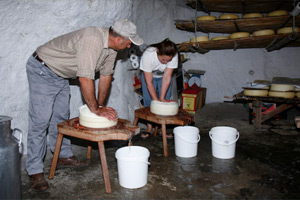 Transhumant cheese-dairy in Gran Canaria (Spain) where flexibility criteria have been applied. Canary Islands is the region in Spain with a higher number of farmhouse cheese dairies.
Photo: Isidoro Jiménez