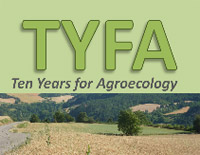 Ten Years For Agroecology (TYFA) is a project originating from a 2012 Brussels expert meeting on Integrating biodiversity in CAP reform. It concluded that we need to consider the wider context in which the evolution of High Nature Value (HNV) farming takes place, both in terms of markets (e.g., competition between extensive and intensive livestock systems) and policy framework.

The workshop were convinced that, far from being a backward-looking activity, HNV farming systems have an irreplaceable role to play in a broader agroecological future for Europe’s farming systems, but this only becomes clear when we take the long perspective. We have set out to do just that.

With this vision, shared by Europe’s largest environmental NGOs, EFNCP and the Institute for Sustainable Development and International Relationships (IDDRI) initiated the Ten Years For Agroecology (TYFA) project: "Ten Years" because while change is urgently needed, this is not a project which ends with the next CAP

With support from the Fondation pour le Progrès de l'Homme, a feasibility study has been completed, so we now have: 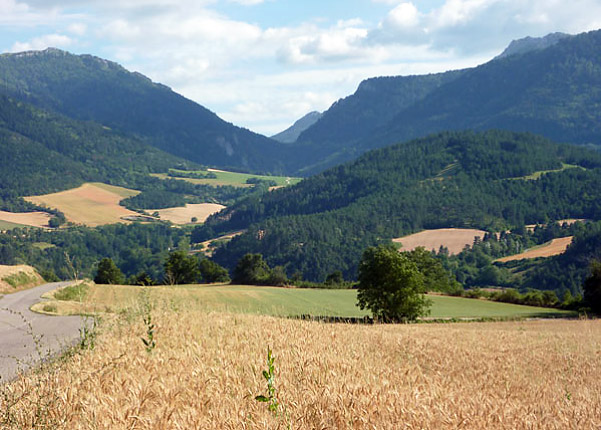 Landscape in Trièves (southern Alps): an example of mixed-crop livestock
agrarian system with high nature value characteristics - the conservation of such a landscape goes beyond a local market approach

EFNCP has been involved in both the strategic and methodological design work. The design of the project is now completed, case study pilots are being developed.

In terms of deliverable, an important step has been reached late 2015 with the issue of a common IDDRI-EFNCP working paper addressing the challenges about a strategic framing of a comprehensive agroecology scenario at the European scale, based on a workshop held with Brussels NGOs in March 2015. 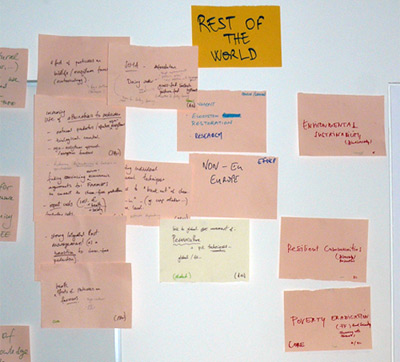 Findings on TYFA come from a sound literature analysis but also from discussions and organised workshops with European NGOs, in order to identify the relevant strategic issues in a common vision (picture from the 19 March 2015 meeting)

Indeed, while a rising number of papers and communications call for the development of agroecology, bringing forward short supply chains success stories that should be scaled up, the working paper shows that the provision of a European agroecology scenario must have a wider understanding of the agrarian systems, including ones in peripheral areas that should "export" food (intra EU) towards other regions. Moreover, the report also addresses how "horizontal" and "vertical" issues should be considered altogether in an agroecology scenario. This vision is particularly important in a context where the "good food" vision is currently proposed as the integrative way of addressing landscape, biodiversity and rural communities issues and food quality issues altogether. Our analysis suggests that this "vertical" approach is indeed necessary but not sufficient and should be combined with an horizontal, territorial one (which is neither sufficient alone). The paper also discusses the challenges of considering the transition from the present (unsustainable) situation towards the desired agroecology ones. It should be emphasised that the working paper is not proposing a comprehensive scenario, but relevant angles of approach of agroecology in Europe, that are still missing. You can find the working paper here, where other issues are discussed. 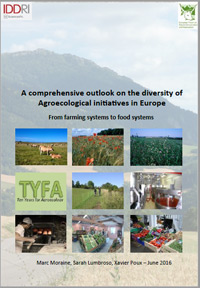 A new report on agroecological initiatives in Europe

Another axis of analysis in TYFA, which is a work on progress, is the collection of diverse cases across Europe showing the flesh of agroecological projects, from the farm to the final customer/consumer. Compared to similar approaches of success stories cases (for example the interesting document issued by IFOAM/Arc2020 that you may download here), the EFNCP approach starts from a comprehensive typology of situations that should be addressed in the agroecology transition. We try to go beyond a collection of diverse cases by positioning them in a frame where the following issues/criteria are considered: a coverage of the different commodities contributing the EU diet (i.e. cereals and crops, dairy, meat - beef, small ruminants, pigs and poultry - and permanent crops); different issues about agroecology (is that a matter of conserving existing virtuous systems or making change unsustainable ones?); and different food chains organisations (long vs. short). Our intention, through the analysis of a tens of case studies, is to a) better show the nature of agroecological systems from a grassroot perspective b) to better understand what are the different approaches to be combined at the EU level in order to reach a consistent European food system based on agroecology. The report can be downloaded here.

Another important feature of TYFA is the attempt to sketch territorially-based agroecological scenarios in different parts of Europe. The first of these examples describes a transition scenario for the Seine River Basin, in which this region of predominantly intensive agriculture moves to an agroecological model here.