Wood Pastures Manifesto for Urgent Change to the CAP

Update 10 October 2016: Over 135 European organisations have already shown their support to the Manifesto

With the deployment of the new reform of the Common Agricultural Policy (CAP) in 2015, livestock farmers using High Nature Value pastures containing "too many" trees and shrubs are confronted with increased difficulties to receive the much needed EU support for their farming activities.

This latest problem with the CAP poses important threats to the viability of some of our most sustainable livestock farms, and to the biodiversity maintained by such farming systems. EFNCP has warned repeatedly about this issue, with policy seminars, exchanges with the European Commission, reports, and a previous successful Manifesto in 2012.

We feel it is now time to launch a new campaign to raise awareness and gather as much support as possible from organisations across Europe, particularly those working on farming, conservation and rural development, to ask the EU institutions for urgent policy changes.

If you agree with the contents of the Manifesto below, please fill in this form:

TEXT OF THE MANIFESTO

Not all pastures are just grass. In many regions of Europe, pastures are enriched by more diverse vegetation, including shrubs and trees. These are known as wood pastures. The density of trees in wood pastures varies, ranging from a thinly dispersed cover, as in parklands, to a complete tree canopy with a grazed or harvested understorey of grass and/or shrubs. Similarly, pastures may have just a scattering of shrubs, or be almost entirely shrubs, as in heather pastures. In fact, many wood pastures are a diverse mosaic of trees, shrubs and grass in varying proportions. 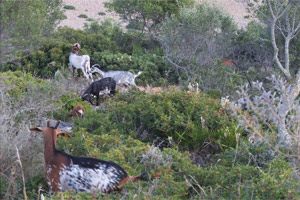 Tree and shrub pastures like these (here including wild olive, lentiscus and myrtle) provide much more forage for goats in summer than the adjacent grass pastures, but are excluded from the CAP due to the density of shrubs (Cádiz, Spain). Photo: Guy Beaufoy. 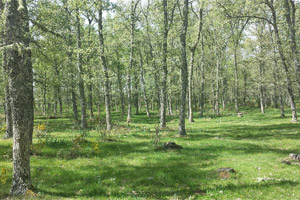 Wood pastures cover many millions of hectares of EU farmland and farmers grazing their animals on this land conserve valuable wildlife habitats and reduce the risk of wildfires. In the past they were eligible for support from the Common Agricultural Policy (CAP). But since 2005 the CAP has new and complicated rules that discriminate against pastures with trees and shrubs, incentivising farmers to remove these features that make them so special, to abandon the pastures altogether, or to convert them to forestry use. Such changes lead to a major loss of biodiversity, of valued landscapes and of cultural heritage. 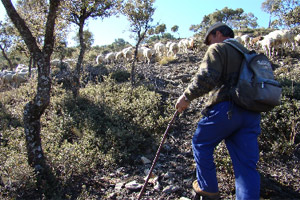 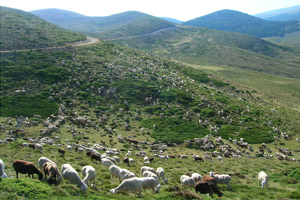 The designers and managers of the CAP in the European Commission treat trees and shrubs on pastures as a sign of abandonment, or of non-productive farming, and their rules and auditors inspections make it more difficult for this farmland to receive CAP direct payments. This attitude is unscientific and completely at odds with farming realities in many parts of Europe. It means that large areas of land used for active farming is not considered to be farmland, in opposition to rulings of the European Court of Justice. The rules and the attitude must change to be coherent with the stated aims of the new CAP and of EU environmental policies. 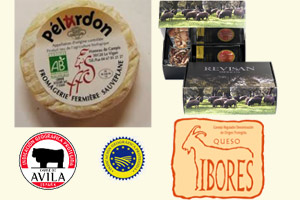 Numerous high-quality meats and cheeses are produced from wood pastures. 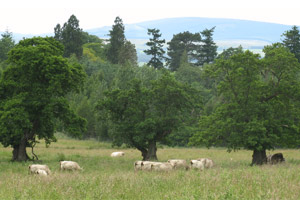 England has chosen to protect its trees in pastures as part of Good Agricultural and Environmental Conditions, which makes them count as part of the eligible area of the pasture, with no limit on tree numbers and no pro-rata reductions in eligibility. Photo: S. Perry

The rules for pastures were changed for the new CAP from 2014, and although there were some improvements on paper, the system also became more complex. DG AGRI auditors are pushing Member States towards increasingly restrictive interpretations of these rules, creating a massive and unnecessary bureaucratic burden and public expense. Instead of supporting the farmers that conserve these special landscapes, the CAP bureaucracy is obsessed with imposing controls on the number of trees and shrubs on the land, adding a loss of environmental public goods to the already excessive administrative expense. For national authorities, the simplest option under this system is to exclude wood pastures from CAP eligibility in order to reduce administrative costs and risks of EU financial penalties.

The CAP should not make direct payments on farmland that is not in active use, whether arable land, grass pasture or wood pasture. But the current rules do not achieve this aim, they merely penalise wood pastures even when in very active use, while allowing arable land and grass pasture to receive payments with no farming activity and just one mechanical intervention per year.

The signatories of this manifesto draw the attention of the EU institutions and Member States to the following facts:

To save Europes wood pastures, we ask the EU institutions and Member States to move urgently to a less bureaucratic and more coherent, common-sense policy for wood pastures, with the following changes: