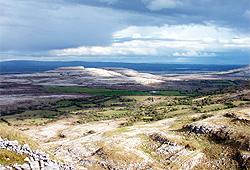 The Burren supports a diversity of flora and fauna. Three-quarters of Ireland’s 900 native plant species are found here including most of Ireland’s orchid species. Seven bird species listed in Annex 1 of the EU Birds Directive occur in the Burren, as do eight of Ireland’s ten native bat species.