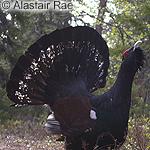 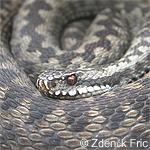 Moisthabitats in areas with high precipitation and rough climate are preferred sites for the adder (Vipera berus). After a range expansion in preindustrial times (very open forests as a result of grazing etc.), it nowadays is confined to heaths, moorland and forest edges which contain suitable basking sites. 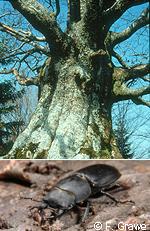 „Weidbuchen“ – solitary trees on the high pastures, consisting mainly of beech, are a distinguishing feature of the „Commons“. They grow very slowly in response to the constant grazing pressure. At first they take the form of the cowbush („Kuhbusch“) before outgrowing the reach of cattle and developing into a full-scale tree. Besides being a traditional landscape element, due to habitat continuity and special microclimatic conditions „Weidbuchen“ are an important habitat for mosses, lichen, insects and birds.

In Germany the Rock Bunting (Emberiza cia) is mainly restricted to the warmer parts of the country (along the rivers Rhine, Main and Mosel) and inhabits sunny and rocky slopes as well as vinyards. Therefore, its occurrence in the montane climate of the Black Forest is of interest. It depends on a half-open landscape which can only be maintained by extensive grazing – fallow sites with bracken or gorse are not suitable. 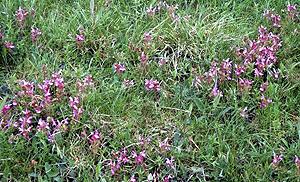 The southern Black Forest holds approx. 50 % of the Natura 2000 habitat type *6230 "Species-rich Nardus grasslands, on silicious substrates in mountain areas" in Germany. The survival of this grassland type is linked to low intensity land-use. 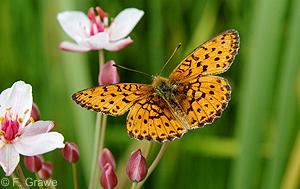 Species-rich wet grasslands, which occur regularly in the commons, are important for many rare and endangered insect species (e.g. Brenthis ino).
Because of undergrazing or the interruption of the grazing tradition, semi-open pastures are threatened by scrub encroachment.

Such areas are confronted with two legal cycles, namely regulations concerning agriculture and forestry law. This can lead to the situation that once the tree layer has reached a certain surface cover, the area will be declared as woodland.

Then despite long time agricultural use and historic rights clearing measures and pasturing are no longer permitted. 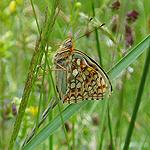 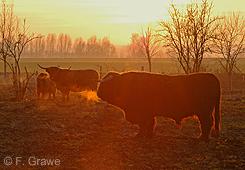 In the past decades, the once important dairy component of each farm has been replaced by suckler cow-systems.