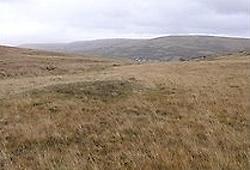 The main South Wales coalfield is the only truly upland coalfield in the UK. It extends approximately 90km from Cydweli in the West to Pontypool and Blaenafon the east and is about 30km across at its widest point. The population of about 900,000 is concentrated in the famous ‘Valleys’ which flow south to the Bristol Channel and which are separated by areas of mostly unenclosed moorland rising to between 300 and 600m. The area was a cradle of the industrial revolution, with large-scale iron-making starting in Merthyr Tydfil in 1759. Coal mining became the main activity from the early 19th century and what had been a sparsely populated hill farming area experienced a massive influx of people. By the early 20th century over 250,000 men worked underground.

Throughout this time, most of the area remained as farmland. With an average rainfall of 2000mm and the poorly-drained Coal Measures soils, agriculture has always been dominated by pastoral farming with cattle and, especially latterly, sheep.

Compared to many areas away from the Coalfield, ‘improvement’ was limited, leading to the survival of a rich tapestry of High Nature Value farmland. Landowners with massive coal deposits under their estates had little incentive to encourage enclosure of common land or the modernisation of tenanted farms. The result is a mosaic dominated by open moorland and largely semi-natural fields. Although there has been some intensification, and sheep numbers are still extremely high in some areas, decoupling has exposed the poor returns from farming and the danger is that, combined with other pressures, it will cause land abandonment will increase.

The decline of the coal industry in the last 30 years (the last deep mine closed in 2008) has led to extreme social and economic hardship. Urban fringe problems abound and pressure to release land for development is much greater here than in rural Wales.