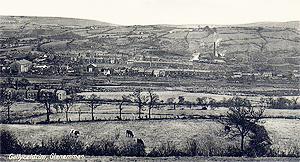 The first recorded anthracite mine in this area was opened in 1757. For the next 250 years the economy was dominated by deep mining, with Betws colliery - the last large mine - closing in 2003. Despite the pollution caused by the mines and the vast area of land covered by their spoil tips, the opportunities offered by mining meant that the pressure to intensify agricultural land use was low. Very traditional farming survived alongside the industry. 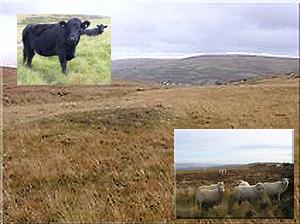 With such riches to be had underground, there was little reason to enclose or improve the coalfield’s upland grazings. They are a mosaic of Atlantic wet and European dry heaths (Annex 1 habitats 4010, 4030), blanket bogs (7130), dry acid and wet grasslands. Although sheep grazing dominates, cattle are still found on some commons. Both sheep and cattle are unshepherded and the system is geared to the production of store calves and lambs (though some fattening may take place on the enclosed land). 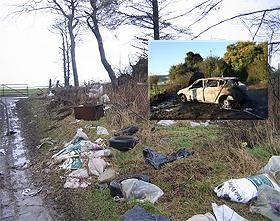 The presence of a large population with high levels of social deprivation and unemployment causes some unique problems for local farmers. Illegal dumping and the burning of stolen cars are common. Other problems may be due partly to a misunderstanding that common land belongs to or is for the use of everyone. While they have great value for recreation, reckless use of ATVs and motorbikes or the walking of dogs off the lead pose considerable challenges for both sheep and cattle farmers. 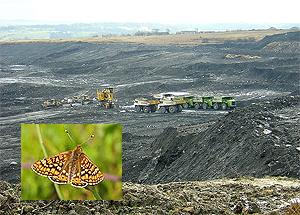 Since the 1970s a new threat has emerged - opencast mining. The economic opportunities are considerable - the Garnant mine, for example, removed 440,000 tonnes of coal from a 115 ha site in just four years! Although offering limited and short-term employment opportunities, the extremely high levels of unemployment means that environmental objections carry little weight - at the Selar mine the developers were even allowed to destroy a designated site. Many valuable wet grasslands have been destroyed, and with them colonies of the Annex II species, marsh fritillary Euphydryas aurinia