A Networking Event on Common Grazing in Europe. 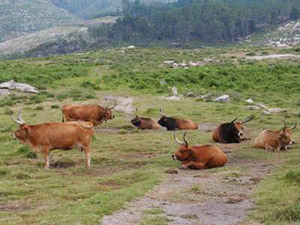 More or less all pasture land in Europe would once have been used in common, making common pasturing one of the oldest farming practices still surviving and common lands one of the most ancient forms of cultural landscape. Moreover, the need to regulate grazed common lands has driven pastoralists to devise a whole range of forms of self-governance, which in places from Spain to Scotland emerged well before the modern state took form. In some cases, these have been replaced by the State, but nevertheless it still means that commons and their regulatory bodies are one of the earliest and therefore most long-standing forms of social organisation.

History has generally not been kind to commons, with the rights sometimes being turned into privileges which have to be paid for and in other cases simply being taken away from the community and made into part of the private property of the elites or of the State itself. Many of these changes went unrecorded in many regions. However, despite this, Europe still retains a surprisingly large area of common pastures. How much is not known with any precision, but there seems to be of the order of 40 million hectares, with Norway and Spain particularly rich in such land. 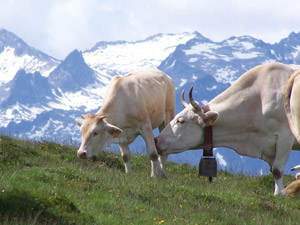 This land is not only historically and culturally unique and not just important for a large but unknown number of farmers, but has other values for Europe's people. In many countries, common land holds a very significant, often dominant, proportion of the remaining semi-natural pastures - those High Nature Value reservoirs of biodiversity dependent on farming. Recently the Convention for Biological Diversity recognised a new category of protected area - Indigenous peoples and Community Conserved Areas (ICCA). While this was originally conceived forthe Developing World, graziers within Europe are starting to realise that they also manage such areas and deserve equal recognition. 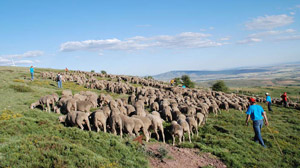 Sharing resources, such as pastures and water, is increasingly regarded by the international research community and development institutions as one of the cornerstones of resilience of farming systems and communities. With climate becoming more uncertain worldwide, restoring commons and their governance systems is starting to be recognised as a key investment for the future of rural communities in the context of global change and in participative democracy.

Why then is the value of common pastures not more widely recognised in practice in the EU and its Member States? A number of reasons suggest themselves:

Awareness-raising about commons and networking and mutual support activity between common graziers and those organisations supporting them are therefore both essential and urgent.

This first networking meeting in Brussels, organised by EFNCP in collaboration with the Indigenous and Community Conservation Areas (ICCA) Consortium in Europe and with financial support from the Foundation for Common Land in the UK, the Asociación Trashumancia y Naturaleza in Spain and the European Commission (DG Environment), has initiated this sharing of experience and awareness-raising.

Main objectives of the meeting:

Organised by the European Forum on Nature Conservation and Pastoralism, in collaboration with the ICCA Consortium in Europe.

Funded by the Foundation for Common Land (UK), the Asociación Trashumancia y Naturaleza (Spain) and the European Commission (DG Environment)